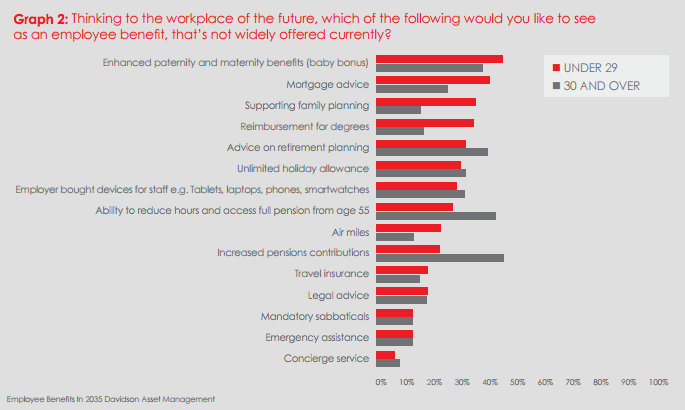 YOLO, YONO or OHNO! - Getting to know Generation Z

A common assumption made by employers is that employee benefits are of interest only to older employees and younger people don’t really care too much.

You're expecting us to follow that with “no of course EVERYONE is fascinated by pensions”.

Life, business and your employees are more complicated than that but there is more than a grain of truth in the idea that our view of benefits changes as we get older.

When we did our 2015 research at DAM, we found that 71% of our respondents would like their employer to give them a pot of money for their employee benefits which they can use to ‘buy’ the perks they would most value.

They’re part of a new breed – it goes way beyond Generation Y, which they're most likely to be part of. Their breed is Generation YOLN (You Only Live Now)!

The bright young things. The really bright ones, breaking the mould and turning the world on its head a bit.

It’s real, it’s a movement, it’s been shaped by global recession, war, terrorism, technology and the knowledge that you can lose everything very quickly, so why bother having anything at all?

And here’s the latest thing, about these bright young things…

They are the antithesis of many parts of Generation X who defined success as a good job, a pension, a partner, a family, a nice house in a nice area, nice holidays and a future where you can grow old, retire comfortably and generally have a nice successful life where everything’s dinky doo and pretty safe and stable.

Generation YOLN don’t give a monkeys about anything of that stuff because in their world, things are here today and gone tomorrow so why ‘keep Sunday best for a Sunday’ – let’s blow the lot now, have some fun, make some memories, travel, experience life, laugh, be happy, break free, live. Today. For the moment. 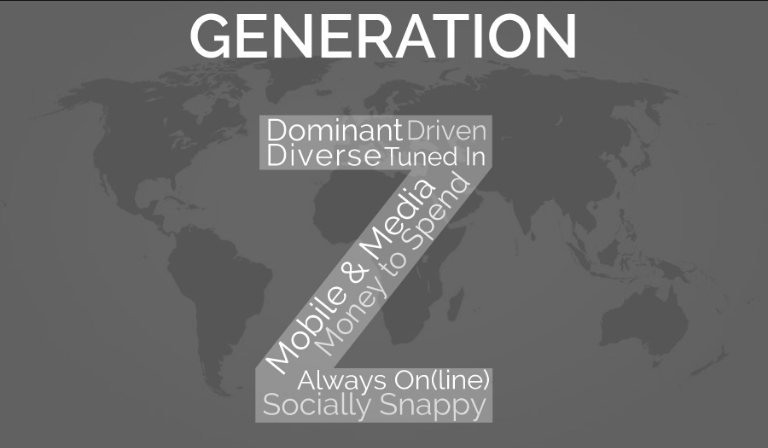 Because you could be dead and buried in a week.

They want whatever it is they want, right now. This minute. They don’t want to have to wait, and ponder, and save up and build mild excitement over a long period of time.

They want the rush, now. They won’t plan a holiday. They’ll just go. They won’t plan a meal. They’ll just see how they feel, where they are, and what they feel like having. When you ask them “What are you up to this weekend?”, they won’t know, because they won’t commit (unless they have to) – they’ll keep things open until they’re sure that they have enough of the right options on the table to pick the best one. Because life is short. And they know they’re pretty great – they have confidence, so they want the best for themselves in terms of what life can offer, or rather, what they can get out of life.

They are energetic, exciting, creative, positive, clever people who treat life as it should be treated – as a precious thing. They just make the most out of it in a short term way, because that’s what they’re all about. Mostly. They’re not limited to Generation Y, there are X-ers in there and there will be a scattering of 21 year old Z-ds too.

So how does that all stack up for you as an employer, trying to keep these people engaged, motivated and loyal so that you can reap the rewards for your business by having people like that working for you in the first place.

It’s not an easy one, because you can bet that they will rent rather than buy, spend rather than save and live now rather than wait.

When we talk about Generation YOLN, you can be sure that there are a good few in that 71% we mentioned earlier. Because choice is important to them. You can educate them on the benefits of pensions and mortgages and that helps (a lot…and you need to be doing that to get the return on your employee benefits programme and because you have a duty of care as an employer) but ultimately, they will want to have control over their own choices of benefit because they build their lives differently from previous generations.

We live in a world characterised by volatility and uncertainty and you can probably divide people into two camps – the ones who are ‘careful’ in their approach to life and financial planning because the future is uncertain and you never know what could happen next and the ones who want to live now and make the most of their lives while they can.

There is nothing wrong with either but if you’re going to launch an employee benefits programme, you need to know your camps, so you need to listen, have your finger on the pulse of change and look at future trends and insights.

Employees are no longer a homogenous group. It’s a giant mix of Generation X, Y, Z (and YOLN and most definitely sometimes, OH NO!), they all want different things (and some of them want it right now!).

We know, we spoke to them and we asked the questions.  They gave us the answers.

The landscape is changing.  Every day.

P.S. Geek out on more insights on Gen Y/Gen Z here!  Hope you enjoyed the read.

Tags: ,
Keeping Your Team's Positivity Alive With 'Surprise And Delight' Do you offer your staff volunterring opportunities? If not, here's why you should
comments powered by Disqus